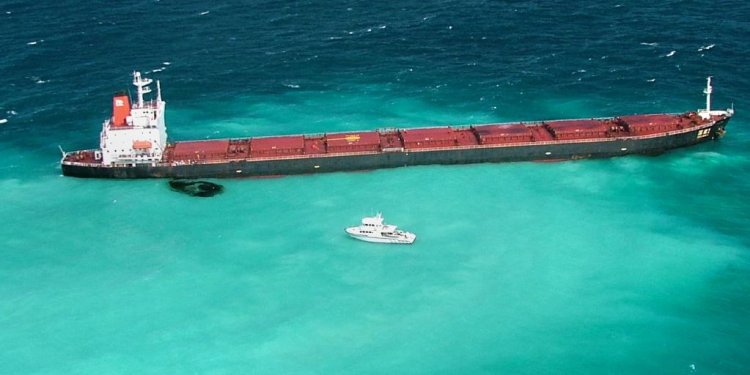 It had been the maritime equivalent of hunting for a needle in a haystack.

Environment Minister Steven Miles stated it took a couple of weeks to eliminate the oil from beaches between Palm and Hinchinbrook countries, which led to the fatalities of two seabirds. Picture: Google Maps

On the after that one year evidence ended up being gathered, individual ships monitored, documents cross-checked, crew members interviewed and oil examples taken for removal in an important joint-agency investigation including Maritime protection Queensland and Great Barrier Reef aquatic Park Authority which, Ports Minister Mark Bailey announced on Wednesday, was indeed finalised.

"It was a difficult investigation, as the ship believed to be responsible is foreign registered with a crew of foreign nationals, " Mr Bailey said.

"it is an extremely complex legal process involving both Australian and worldwide maritime legislation and we don't want to jeopardise the scenario by distinguishing the suspect vessel whilst the proof will be fully considered."

"We are going to make sure Queenslanders are not out-of-pocket because of this incident and will look for full cost data recovery through the Australian Maritime protection Authority either from the offending ship's insurance or from a National Arrange fund set-aside for those events."

But very first, the Commonwealth Director of Public Prosecutions has got to review the evidence and determine whether or not to move ahead with an instance, which took MSQ, GBRMPA, the surroundings division, RoadTek as well as the Transport Department 12 months to patch together.

Environment Minister Steven Miles said it took fourteen days to eliminate the oil from shores between Palm and Hinchinbrook countries, which led to the fatalities of two seabirds.