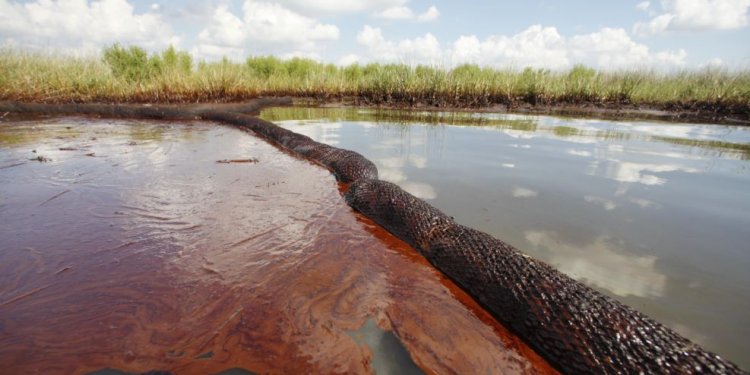 Alberta's oil sands may be home the world's third largest oil reserves after Venezuela and Saudi Arabia, but that hasn't stopped it working to strengthen its clean energy credentials. And it is turning to microscopic bacteria for help.

At the end of last year, the government of Alberta committed to a host of green policies. These include cutting greenhouse gas emissions from coal-fired electricity to zero by 2030, and diversifying its supply mix by replacing retired coal with "at least two-thirds renewable energy sources."

At the moment, however, oil remains a key part of the world's – and Alberta's – energy mix. At the University of Calgary, bright minds are looking to develop ideas and technologies that will help to mitigate the environmental impact of fossil fuels.

"It's really important to focus on technologies and engineering interventions for the oil and gas sector so that our remaining use of these fossil fuel energy resources will roll out as responsibly and sustainably as possible in the years ahead, " Casey Hubert, from the University of Calgary's Geomicrobiology Group, told CNBC's Sustainable Energy.

Microorganisms are one area of interest. They inhabit petroleum energy reserves with one type of microbe – sulphate reducing bacteria. This is responsible for an issue known as reservoir souring, which Carmen Li, laboratory manager at the Geomicrobiology Group described as, "the production of H2S, or hydrogen sulphide"

"This is a major problem for the oil industry, " Li went on to explain. "Not only because H2S is toxic, but it also costs the oil industry billions of dollars due to things like corrosion of the oil production infrastructure, and also due to the production of lower value petroleum because it contains higher levels of sulphur contamination."

Currently, biocides - chemicals that kill off the microorganisms - are often used to deal with the problem of reservoir souring, but alternatives are emerging.

"Microbiologists are quite excited about a greener technology that uses nitrate and the reason we add nitrate is to stimulate another group of bacteria called nitrate-reducing bacteria, " Hubert said.

"The nitrate-reducing bacteria will out-compete the sulphate reducers, and thereby take care of the souring problem, that basically prevents it from happening, " he added.

Microbes also have considerable potential when it comes to cleaning up the mess oil sometimes makes. "There are a wide variety of microbes that are able to degrade hydrocarbons in oil, (and) some are better at it than others, " Li said.

"In the event of an oil spill these microbes are able to deploy the metabolic machinery… they possess in order to degrade those hydrocarbons into carbon dioxide and water, which are relatively harmless, " she added.

For Hubert, a key area of research is looking into naturally occurring microbial communities and their potential.

"Our strategy is to give these communities a nudge, so if we add a little bit of fertilizer, some of these bacteria will start eating the oil at a rapid rate and clean up an oil spill more quickly, " he said.