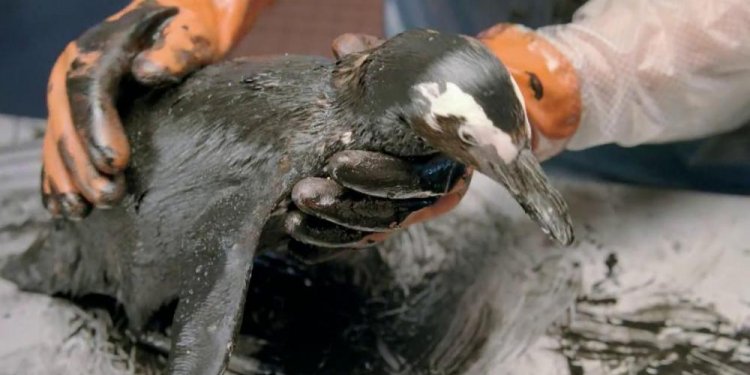 There's one company that'll benefit massively from the BP (BP) oil spill in the Gulf: Procter & Gamble (PG), helping to make the actual only real product which can help clean oil-soaked pets - Dawn dishwashing liquid. P&G's PR windfall traces its origin to an obscure "best methods" report published in 2003 because of the U.S. Fish and Wildlife Service.

That document contains a note, in bold, on web page 32, under the section that handles how-to clean birds caught in oil slicks:

The sole bird-cleaning representative which recommended at the moment is DawnÂ® dishwashing liquid (regular, perhaps not anti-bacterial formula) because it eliminates oil from feathers; is non-toxic; and will not keep a residue. Various other techniques or products are not recommended for usage or testing during an oil spill currently. Somewhere within P&G's massive organization, someone spent a lot of time convincing the FWS* using the International Bird save Research Center, which includes worked with Dawn for more than three decades. The IBRRC persuaded the FWS to consider Dawn in its rulebook. Yet again work is mostly about to pay off in spades. Managers take note: It's not always the picture as a whole, single-focus moves that spend probably the most dividends in marketing. Occasionally the tiny details tend to be champions too.

There have thus far already been at least 209 media mentions of Dawn in terms of the oil spill - so that the profits on return has already been kicking in.

P&G is shipping 2, 000 bottles of Dawn into the Gulf area in which the oil is expected to hit. That will most likely not be adequate, but P&G is likely to step-up its attempts whilst the disaster takes place - so when the headlines media requests information regarding Dawn.

In the event that you consider the Dawn web site, you will see that P&G does not automatically donate from your Dawn acquisition to wildlife rescue. You must sign in and "activate" your donation - - which gives P&G some advertising and marketing information it may use to sell more Dawn. (P&G might want to announce this year a set percentage of all Dawn product sales will go to Gulf cleanup attempts to avoid accusations that it's exploiting the catastrophe.)

These exact things can help: After Hurricane Katrina, Walmart (WM) create internet sites to assist refugees with meals, clothes and refuge. Within days it changed its business image from "rapacious exploiter of low-paid work" to "responsive company that can move quicker compared to authorities."